Start your order here or use our app.

Find an Edo to eat at, check your local hours, menus and more.

We found locations nearby:

By Edo Japan in News

Their traditional teppan grill in downtown Kingston is open for dine-in or take-out services. You can find them at the corner of Princess and Division streets (412 Princess Street), and try Edo Japan’s bento boxes, rice meals, sushi platters, and more.

“We are a blend of taste, culture, and community,” the company stated on their website. “Our founder, Reverend Susumu Ikuta, came from Japan to Canada to share a life full of faith and community. He opened Edo Japan over 40 years ago as a means for both nourishing and providing for the community. This inclusive philosophy is at the core of our company of franchisees to this day. It’s why we blend the words Welcome and Konnichiwa (good day) together and say… Welcomichiwa!”

The brand continues to experience steady growth in Canadian markets, crediting its success to its partners and skilled team of franchisees who share the Edo vision. With Kingston being its seventh restaurant in Ontario, Edo is known for high-quality ingredients and its famous teriyaki sauce. Edo uses the same teppanyaki-style of cooking that has been its signature since opening the first location in Calgary in 1979, and has established itself as a staple in the Canadian food landscape. With over 11 million meals sold annually and 171 locations across the country, Edo plans to maintain this momentum in Ontario with its cross-Canada expansion.

Popular in Western Canada, Edo Japan has their own signature teriyaki sauce, which keeps customers coming back for more. Try it with their rice or noodle meals, or order a meal deal for sharing. And if it becomes a favourite, they also sell it by the bottle! Kingston locals will find that Edo’s menu has lots to choose from, with diverse and fresh selections such as bento box meals, veggie-filled rice and noodle bowls, gyozas, udon soups, spring rolls, hand-rolled sushi, and bubble tea.

Edo Japan believes in supporting the communities that support them. “Since 2010, we’ve been a proud supporter of food banks across Canada, caring, connecting and helping to reduce hunger at the local level year after year,” the brand stated, noting that, here in Kingston, the restaurant will support the Partners in Mission Food Bank. All Edo Japan locations give back annually around the holidays through a portion of sales donated to local food banks, meal drops to areas affected by food insecurity, and event volunteering to provide for local communities. 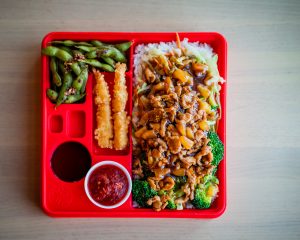 Thanks to the support of our loyal customers, community-oriented franchisees, and Edo’s proud beverage partner, Coca-Cola™,... 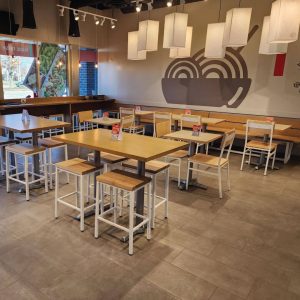