Start your order here or use our app.

Find an Edo to eat at, check your local hours, menus and more.

We found locations nearby:

We are a blend of taste, culture and community. Our founder, Reverend Susumu Ikuta, came from Japan to Canada to share a life full of faith and community. He opened Edo Japan over 40 years ago as a means for both nourishing and providing for the community. This inclusive philosophy is at the core of our company of franchisees to this day. 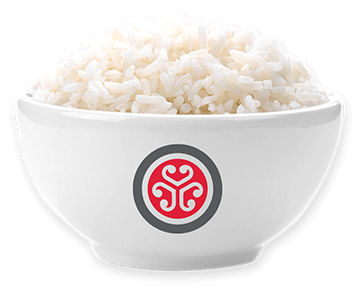 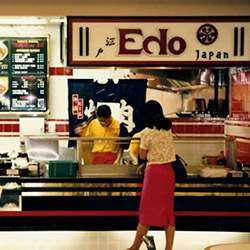 The first Edo Japan is opened in Calgary, Alberta by Reverend Susumu Ikuta, a Japanese Buddhist minister who came up with the idea of serving traditional Teppan-style meals with a signature teriyaki sauce. 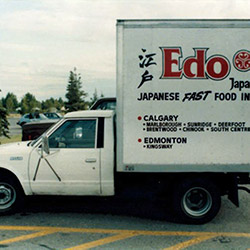 Edo Japan reaches Edmonton with the opening of a restaurant at Heritage Mall. 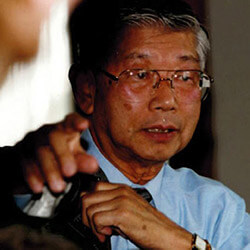 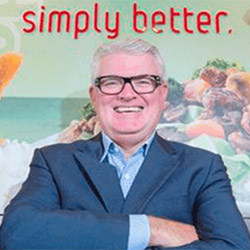 Reverend Ikuta leaves the organization after being appointed Bishop of the Buddhist Churches of Canada. Tom Donaldson is hired as CEO, transforming Edo Japan from a “mom and pop” operation into a thriving franchise.

We hit the streets 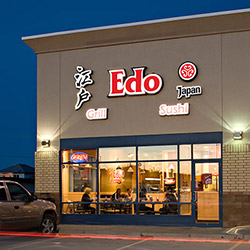 We launch our first street front restaurant to meet consumer demand by offering dine-in or takeout service in a contemporary and casual restaurant setting. 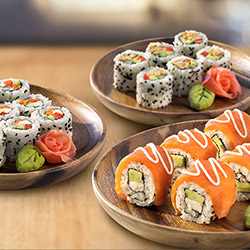 Edo Japan introduces a selection of sushi items at all mall locations. 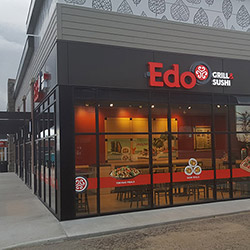 We open our 100th restaurant at Namao Centre in Edmonton, Alberta. 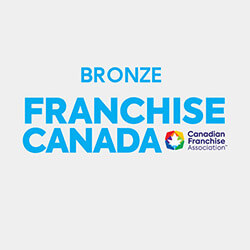 We are simply better 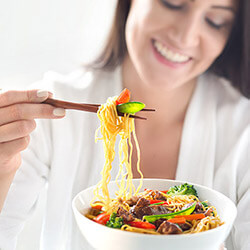 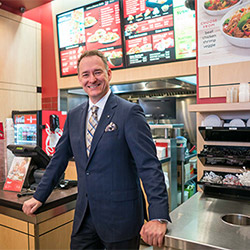 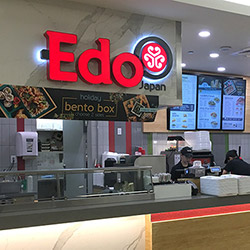 We open our first restaurant in Manitoba, at CF Polo Park in Winnipeg. 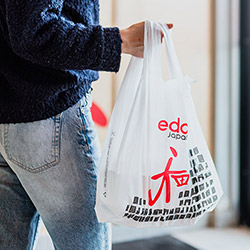 We begin partnering with delivery services such as SkipTheDishes, DoorDash and UberEats to bring Edo straight to your doorstep. 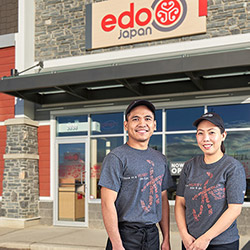 We open two more locations in Manitoba, three in Ontario, nine in Alberta and one in British Columbia. 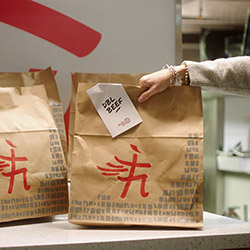 We launch My Edo App and online ordering to make pre-ordering and pick up that much easier. Plus, customers earn My Edo Rewards for every order over $15, and get the 6th meal free! 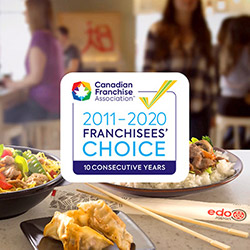 We celebrate 25 years as a member of the CFA Franchise Association and we're selected as a CFA Franchisees' Choice Designee for the 10th consecutive year.

Taste the talk (by the bottle) 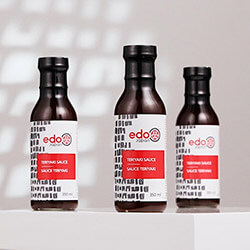 We’re famous for our teriyaki sauce, and now we’ve bottled it – opening up endless possibilities for customers to enjoy adding our signature sauce to their favourite at home dishes.

We are growing rapidly in Ontario and a number of franchising opportunities are available. 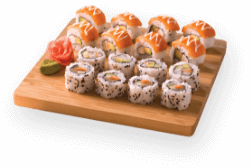 Our variety of sushi creations are all made fresh daily, 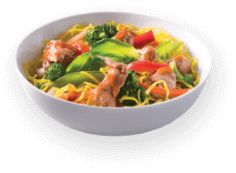 Our signature Teriyaki Sauce is made fresh daily from a time-honoured recipe. 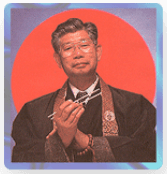 The first Edo Japan opened in 1979 in Calgary, AB. 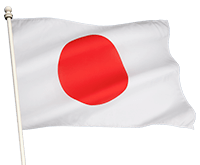 Edo Japan is the ancient name of Tokyo, the capital of Japan. 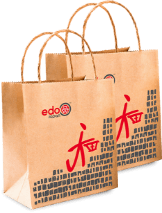 We have more than 155 locations across Canada.

Our best sellers of 20 years are the Teriyaki Chicken and Sukiyaki Beef. 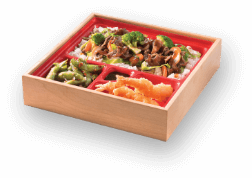 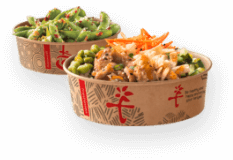 Edo Japan is a proud supporter of food banks across Canada. 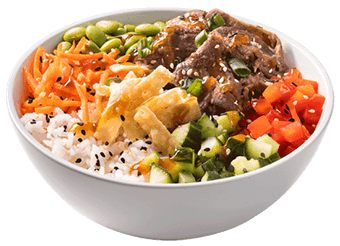